How to chose a Chinese name?

I have seeing that People have a ocidental name and also have a Chinese name.
How this Chinese name is chosen? It’s is a translation off my ocidental regular name ?
Or I have the freedom to chose a name that I want?

Can you help me gays?

Of course you have the freedom to choose whatever you want. But you probably want a name that sounds good in Chinese, and for that you need help. I have a friend whose name in English translates to 皋黎明. That is very lucky for her. That translation is an excellent name in Chinese. Most of us are not so lucky.

Western people famous in China are usually given names that just sound (more or less) like their original name. Men named Fabio are often named 法比奥. You can search that on-line. Names that you get this way do not sound like good Chinese names.

Do you have any Chinese friends that you could ask for help? That is the best way. But I can also tell you that Chinese people will not all agree what is best for you! Helpful people here may make suggestions but you should not be quick to just adopt one of them.

I will accept your tip and will not chose a Chinese name quickly.
Unfortunately don’t have close Chinese friends to help me in this quest.

One question. Your name has a meaning in Chinese? The people chose names in this way? For exemple, 游客巴西 ?

Or just the sound remains a meaning?

When you do pick a name, these lessons will help you introduce it: 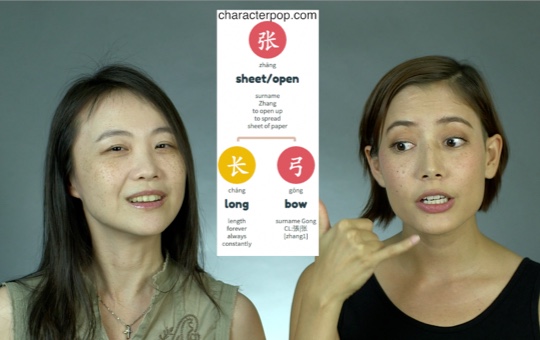 Many thanks to Character Pop for letting us use screenshots from their lovely website. We encourage you to get a free account, and start exploding some characters♥♥ Some more examples: (Use the Zhongwen extension to see the pinyin) 姓刘，文刀刘 姓朱，撇未朱... 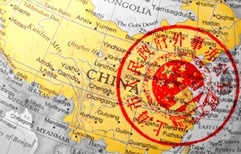 Join David and Greg as we explore the world of names in China, from a brief history of the different parts of Chinese names to how to get a Chinese name yourself. Want a Chinese name? Want to know if your Chinese name is legit or not? Feel free to... 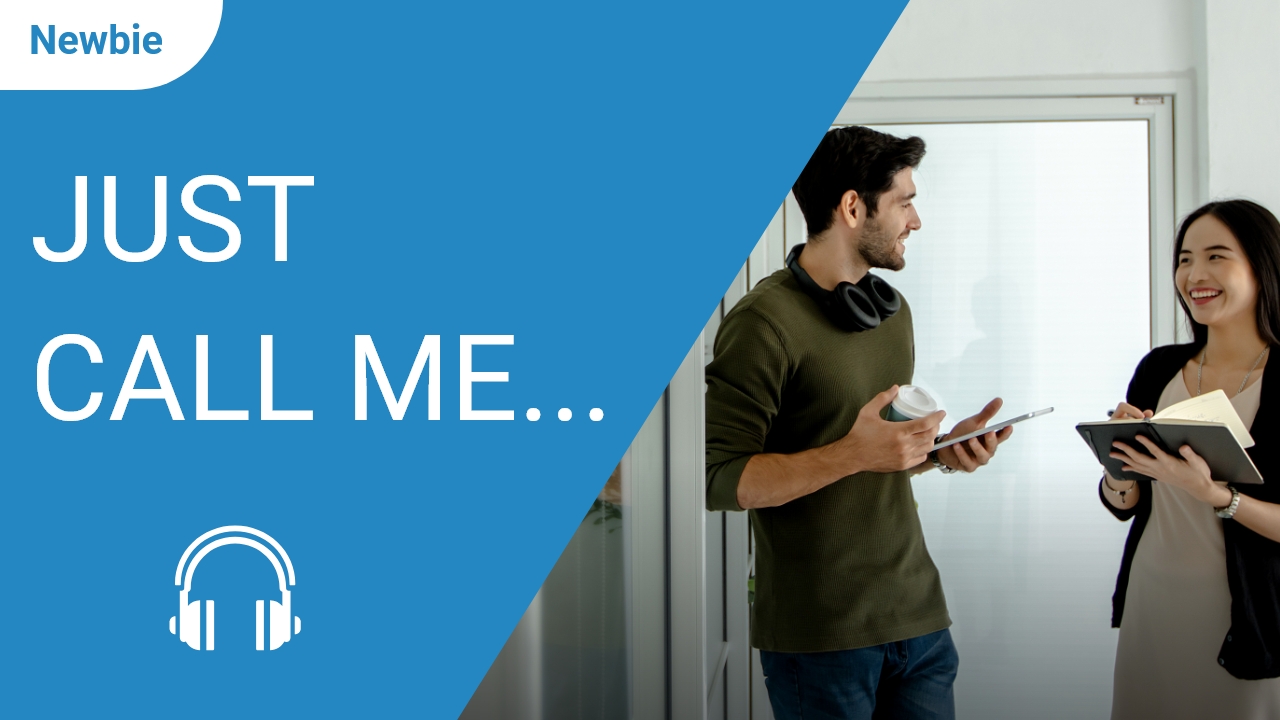 Unless your name is "John Smith" or "Anna Jones," chances are your new Chinese friends will have a little difficulty with the pronunciation of your English name. If you've adopted a Chinese name for your stay in the Middle Kingdom, you'll want to... 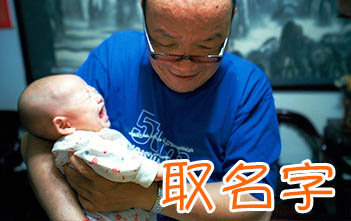 Choosing a Chinese name is never easy. Especially when seemingly nice looking characters can go together in odd and unusual ways. Listen to today's class and you might learn some interesting things about Chinese names. Learn more about the...

A friend thought of 马科林 for me. It sounds a bit like both my names actually. It is reasonable in Chinese (indeed there was a Chinese agronomist in Hubei with this name). And it suits my wife’s love of horses and my love of science. Plus, the characters are easy to write! It is no kind of translation of my name (which is Scots Gaelic for dove, son of speaker).

However, nothing in this life is easy. I had already done some things in China that were announced on line using a transliteration of my name: 科林·麦克拉蒂. Of course that is not a Chinese name, it is only a name in Chinese words. But my friend advised me to stay with this known version than change to the nicer 马科林.

So, with best regards, 科林·麦克拉蒂

很好 your history, including the love for horses. Unfortunately if I use the same logic, my supposed name 法 比 奥 faria referencia a leis austríacas (segundo o Google tradutor), kkk.

Gwilym, Thanks for the video suggestion. I hope they help me in my quest.

I,m thinking in doing some remote classes too. Maybe the teacher can help me too after some lessons, kkk

My name is James Anderson. I am a University lecturer. When I was discussing my research with the Chinese Academy of Sciences they told me I had to get a Chinese name so that they could talk about me. I asked all of my Chinese co-workers to suggest names. I then asked some of my Chinese students to pick the best name from among these suggestions. They mostly agreed on An1De2Sheng1, 安德生, Tranquil Moral Life. It sounds like “Anderson,” it has the structure of a Chines name – “An” is the 70th most common surname in Beijing - and it suits me. I am the strong, calm type, with a clear sense of morals and a clear plan on how to live my life.

Recently I started doing business in China. I had a delegation of translators, business people, engineers and assistants to help me get about. The people I met were happy to use my Chinese name, some complemented me on it, but they also wanted to talk about my wife. Her name, Linda Anne Anderson, isn’t natural in Chinese so I instructed my delegation to come up with a name for her. After a couple of days of discussion they settled on An1Lian2, 安莲,Tranquil Lotus. It sounds a bit like “Anne Lynn” where “Lynn” is an English contracted form of “Linda.” My wife is also the strong, clam type and is quite beautiful so “Lotus” fits well. It is an English affectation that we share the same family name “An.”

The path by which we learners find our Chines name will be different but it is an important journey and one that is better not hurried.

After negotiating a business deal for a month in China and being left to my own devices during down time, I discovered that without Chinese I would die of thirst, hunger and boredom so I signed up for ChinesePod lessons and one of my teachers supplied the Pinyin for the names.

James, very good history!
I will try to find some Chinese friends to help me finding a meaningful name like that. Hehe

Hey, I’m looking for a Chinese name at the moment but I chose Daìyù (黛玉) as a first name and Chu as a surname for now. I really like the name Chu Daìyù but I’m not sure if it’s a weird name since it’s apparently not a common name. Can anyone give me an insight into whether this is a good name? Also I noticed there are a few different characters for the surname Chu and I wasn’t sure which to use, is there any difference between the meanings or is any one just as good as they other?

In China, names have immediately recognizable meaning, which means it’s a pretty bad idea to pick a direct transliteration of your name. This will most often result in a name that makes no sense whatsoever (imagine how western names would sound if random syllables were chosen without concern). Names in China have two parts, the surname and the given name. When introducing yourself or addressing others, names are stated surname first, then then given name - 李小龙 (Li Small Dragon) rather than 小龙李 (Small Dragon Li).

Last names are an important part of a Chinese name, but choosing one is pretty easy since there are only about 100 common Chinese last names (Wang, Li and Zhang being the three most common). Choosing a common Chinese last name will ensure it is readily identifiable as a personal name. Often, people choose a Chinese surname based on a name with a similar pronunciation to their own last name, e.g. if your last name is Johnson, the surname 张 (Zhāng) might be a good pick. It’s best to choose a common one so that your name is easy to recognize for native speakers, so if you would like to get creative with your Chinese name, leave it for the given name.

While giving yourself a new name seems like an opportunity for artistry or humor, choosing the right name means paying attention to the many cultural nuances that play into how a name is perceived, which makes it almost an impossible task for someone unfamiliar with Chinese culture (read: most of us here learning Mandarin).

Instead, you might start by choosing personality traits that describe who you are (or who you want to be). Look at the characters with those meanings and then look at a list of Chinese names for those with that meaning. Google is your friend for name lists

Finally, consult a native speaker before settling on a name. Your name is something you use frequently so you need to make sure the one you pick isn’t unlucky or unsavory in any way to your average Chinese audience. Sometimes, like in my case, you’ll end up with a name that is way better than the one you picked yourself

If you still don’t know how to take your Chinese name. There is a website will be very useful for you. www.chinesenamedesigner.com

This website can help you to design your own authentic and personalized Chinese name based on the pronunciation, spelling and even meaning of your native name. In order to get a name that is more in line with your personality. you can also choose several personality traits as an additional reference. In addition, your gender and age will also be taken into account. After you get a Chinese name, This site also provides pinyin and gif images that can teach you how to write your name. You can download and save it.

Maybe I can help you. Usually, most people use the name of the transliteration. For example, your name is Fabio, and the Chinese name is 法比奥, but there is no point in Chinese. Generally speaking, the naming must have His meaning. A meaningful name will make the Chinese feel good about you.

If you like, you can go to a professionally named website such as www.getcnname.com and make a choice for your Chinese name, which can match your personality and understand the meaning of the name.

You can check out this article on how to choose a Chinese name using the different traditional methods.

Also, you can use the Chinese Name Generator