The meaning of cheng yu "鸡鸣狗盗“

Hi @YuQinCai, @Constance_Fang @Fiona and the ChinesePod team, my question is this: H
ello, Merry Christmas everyone, I read a cheng yu "鸡鸣狗盗“ from a book, actually, I dont know if it is a cheng yu. I just know it means someone is a thief, buy what is related to chicken and dog?

Ok. Here’s the story about the Chengyu 鸡鸣狗盗.

In ancient China, there was a minister named 孟尝君 [Mèngchángjūn]. At the beginning, the emperor liked him a lot. One time, 孟尝君 was invited to the palace to have a party. At that time, 孟尝君 gave the emperor a white fox-fur coat as a gift.

However, things didn’t go well afterward. A bad guy spoke ill of 孟尝君, and the emperor was going to arrest 孟尝君. 孟尝君 asked the queen for help. She said, “I would help, if you can give me the white fox-fur coat.” But the one that 孟尝君 gave the emperor was the only one that he had. He didn’t have another one for the queen. One of his retainers (Let’s call him A) said he had an idea. A imitated a dog’s bark and sneaked into the palace. The guards thought it was the dog kept in the palace, so they didn’t find anything wrong. Therefore A successfully stole the coat and gave it to the queen.

**Retainers: Retainers in China from pre-Qin through Han times were a special social group, who lived as dependents under a noble, an officeholder, or a powerful landlord. Retainers stayed long-term at the house of their host, were fed by him, and obtained also many other benefits through him, such as money, reputation, social position, appreciation, and so on. In return, a retainer would have rendered certain services to his host. But he was free to come and go, and he could leave when he was not treated politely or when he disapproved of the behavior of his host. (from Wikipedia)

Thanks Betty for sharing this!!!

In short, “鸡鸣狗盗” literally means “crowing like a cock and stealing like a dog”
It metaphorizes the trivial skills of someone.

Hope this is what you’re after.

Thanks for all your replies, the story of the cheng yu is very interesting, I can totally understand after read it. Is there a story behind every cheng yu in Chinese?

Not really, as far as I know, the following Chinese idioms don’t have an associated story"

wow, you know many cheng yu, how did you learn Chinese idioms? That will be so helpful if you could
recommend me a Chinese idioms book with a story for each idiom, you know it is easy for me to get the meaning, thank you. 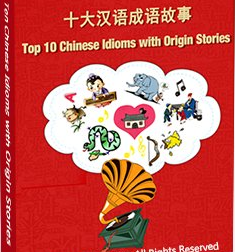 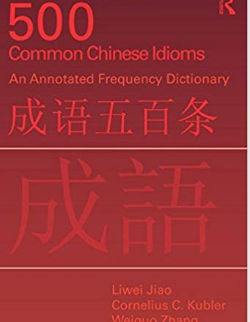 Hope these would help.

Hey Betty,
That is very nice of you, good books,very helpful,thank you so much!